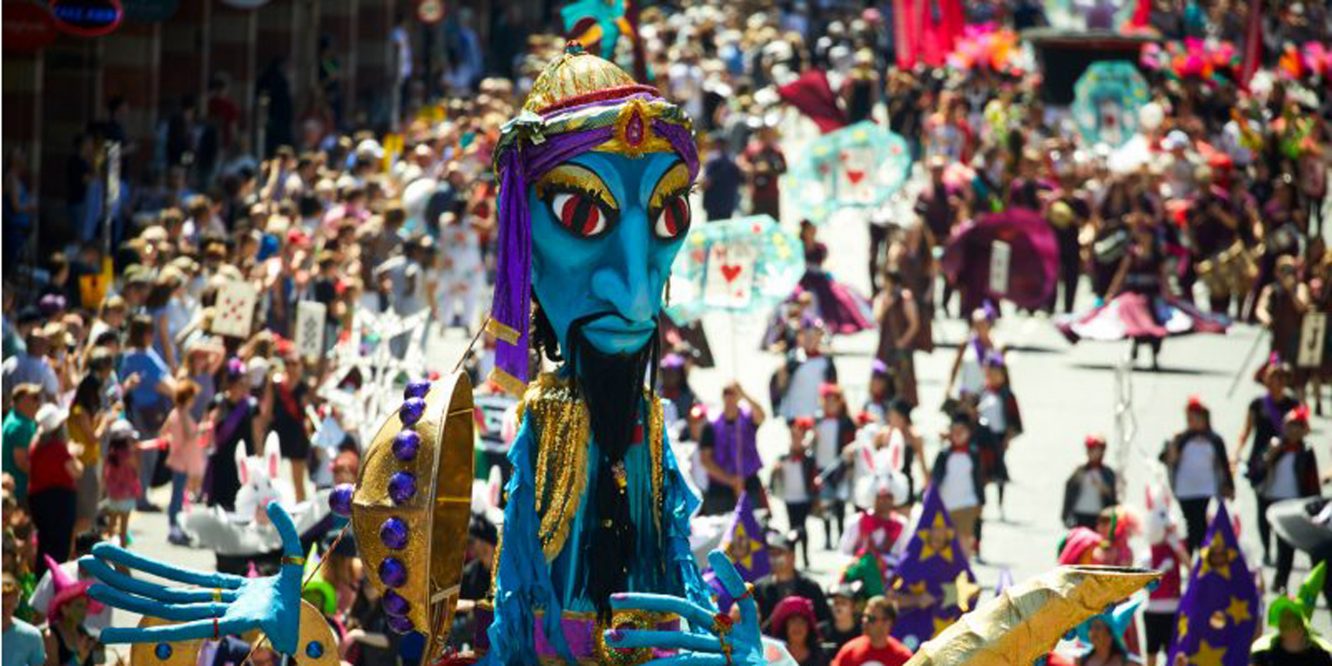 The event, commissioned by Manchester City Council and produced by Walk the Plank, celebrated the diversity, strong communities and unstoppable spirit of the city and its people.

A tube A-Team crew of 9 led by Melvyn Coote smashed this project in one day, with 6 vans of sound kit buzzing around town preceded by some serious prep and pre-planning beforehand to ensure that everything ran like clockwork!

On the day, they hit it 7 a.m. starting with building the float systems. The stages loaded in at 8 a.m. and all were running by midday. The parade ran between 1 and 3 p.m. and the stages were all active between 1 and 6 p.m. … Followed by an immediate de-rig! It was a long but extremely satisfying day!

Four of the five floats used battery powered sound systems – for convenience and eco-friendliness, a practice that has been fine-tuned by tube, based around car batteries running with inverters. The challenges included managing the heat, especially as UK temperatures soared to 30 degrees as the country basked in the hottest weather for over 40 years!

Graham Massey’s float was powered by a small on-board 4.5 KVA generator custom fitted to the gold buggy base of the vehicle. The PA was four d&b Y7Ps and four Q-SUBs all run off D80 amps, specially tweaked for extra oomph. The control console was a Yamaha LS 9-16, and Sennheiser SK5212 radio mics were supplied for the walk-about brass players. 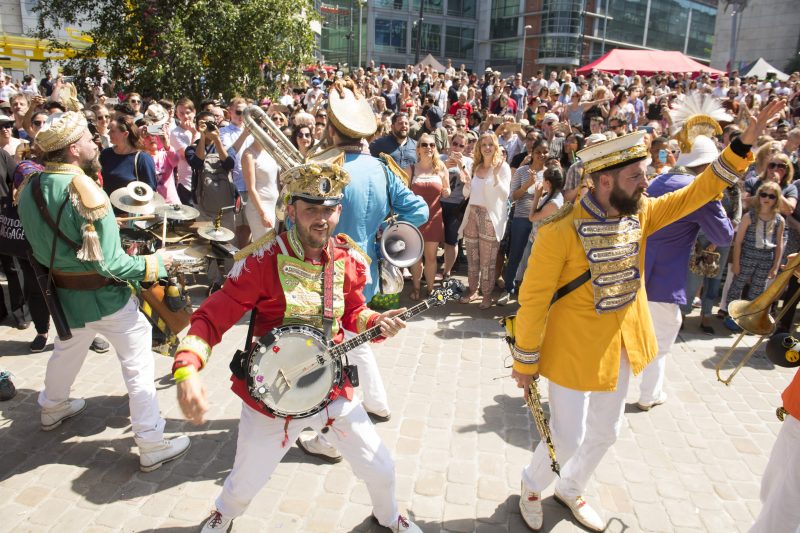 The float featuring Graham Massey mixing live with phenomenal street band Mr Wilson’s Second Liners was a piece de resistance. When it reached the end of the route, saving the best-for-last for Exchange Square, Massey pumped out a banging 20-minute dance set enjoyed by revellers really ramping up the party atmosphere and bringing the parade to an infectiously high note conclusion!

The five d&b stage PAs were dotted around the city centre and along the parade route.