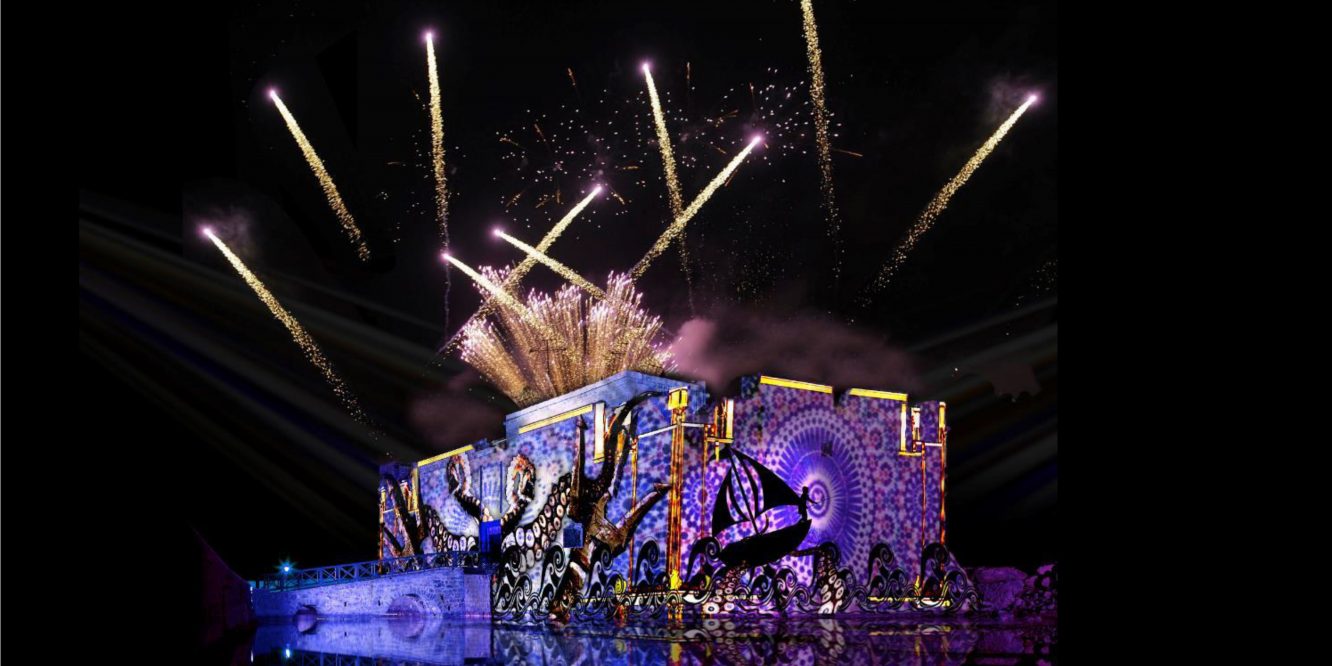 The tube team returned to Pafos Harbour in Cyprus to deliver sound for ‘Eternal Voyages’,  a summer 2017 outdoor performance spectacular created and produced by Walk the Plank, and part of a lively events programme celebrating the city’s year as European Capital of Culture Pafos2017.

‘Eternal Voyages’ used the natural environment of the Harbour and the architectural finesse of medieval Pafos Castle to make up a striking backdrop related to the stories of three travellers arriving on Pafos by land, sea and air. 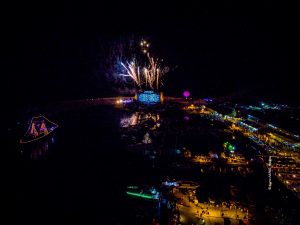 A parade through the city streets which culminated in a large cast taking the stage in the main space in front of the Castle. So the requirement was to get clean, clear sound across a large area stretching from right up to the Castle, all along the waterfront and on-board the ‘Jolly Roger’, one of the tall ships moored in the harbour.

During the show, performers on top of the castle had exchanges with others on the boat, so as well as needing to be high clarity, these also had to be very directional. 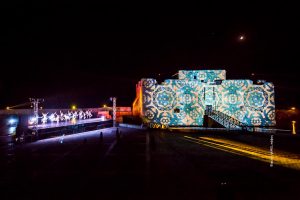 PA stacks were located around the entire site. A number of different brands included six stacks of Nexo GEO D line array, two stacks of Martin Wavefront, plus some smaller JBL stacks dotted around the waterfront area, complete with JBL VRXs for in-fills.

For control tube brought a Yamaha M7 console and a DME system plus a number of Sennheiser radio mic channels and a variety of live mics which were also spread around the performance area for vocals.

The main audio source was run from a QLab system, with the audio generating timecode sent to both video and lighting departments … so they could synchronise their cues to the narrative.

Adam and Dan worked closely with the different local audio companies to ensure the best results, with Arto Malian of Lightworx as the local technical production manager and tube’s principal point of contact.

The challenge was more in the complex task of amassing the most appropriate system for the job and utilizing several different audio components in keeping with the Capital of Culture objective to maximise local resources and talent.