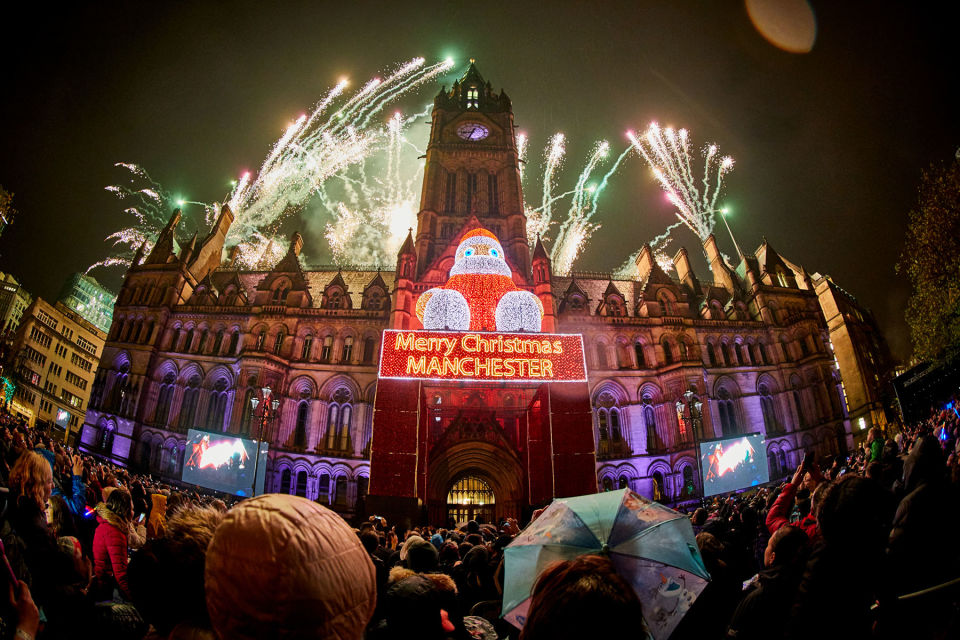 Audio specialist tube uk returned to the familiar urban territory of Manchester’s Albert Square to help deliver the city’s 2017 Christmas Switch On ceremony, which officially fired up the city’s Christmas lights for the run up to a bumper fun-packed festive season.

The d&b sound system spec’d for the show was designed by tube’s John Redfern and based on the required crowd coverage and the needs of the multiple acts appearing onstage in the hour long entertainment extravaganza headlined for the first time by a DJ – Sigala. He was joined by Pixie Lott and X-Factor favourites Yes Lad.

Radio Key 103’s breakfast hosts Mike Toolan and Matt Haslam compered, assisted by Coronation Street star Brooke Vincent, and the onstage action also included production numbers performed by the casts of four high profile musicals – Guys & Dolls, Shrek the Musical, ELF the Musical and Little Women. These either are or will be playing in Manchester for the festive period.

All artists were accompanied by backing tracks run via one of tube’s QLab systems, with Sigala playing his set live. The QLab was also used to play out a series of beds running in the background – radio-style – accompanying the in-between act banter.

The Switch-On button itself was flipped by Eddy Newman, the Lord Mayor of Manchester.

The main d&b V-Series PA flyers and their accompanying ground stacked subs and fills were located at the Lloyd Street end of the Square, with the Town Hall to the left hand side of the main audience area.

Five ground stacked delay arrays – a mix of V and Y series speakers – were positioned across and around the space to ensure that the public enjoyed an excellent sonic experience from all over the square.

All the d&b speakers were powered by D80 amplifiers.

Two Yamaha CL5 consoles were deployed, one at FOH and one for monitor mixing, complete with d&b M4 wedges onstage and Sennheiser 5000 hand-held mics.

The main challenge of this gig every year, explained John, is the exceptionally tight get in! However the tube team’s now encyclopedic knowledge of virtually every corner, nook and cranny of Albert Square and the associated quirks of working in the space certainly assist in making the process efficient for sound.