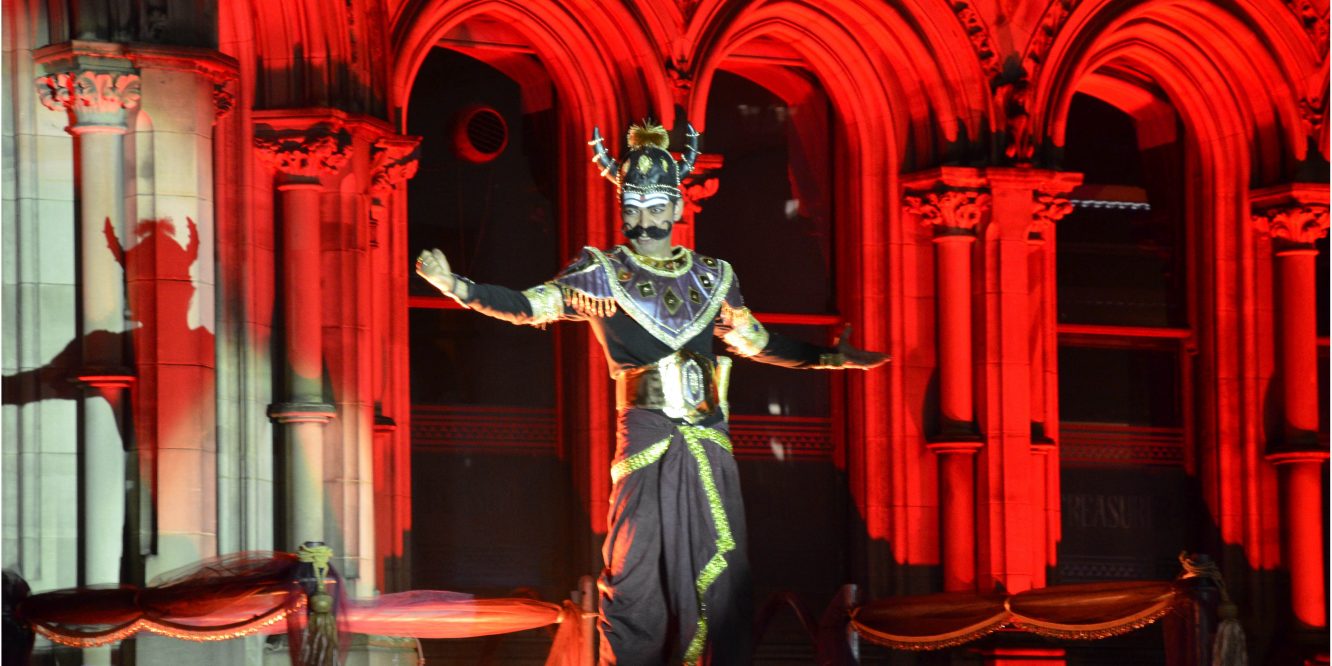 tube uk supplied an amazing sound system for “A Blessing”, a fun public performance produced by outdoor arts experts Walk the Plank as part of Manchester’s Dashehra Diwali Mela 2017 celebrations, staged in and around Albert Square in the City Centre.

One half of Albert Square was commandeered for “A Blessing” which told a story from the Hindu epic Ramayana with strong themes of good over evil and light over darkness.

The story centred around Hindu warrior Goddess Durga – depicted on a tiger – and created for the purpose of defeating half man, half buffalo demon Mahishasura, and restoring peace and unity to the world.

The show – complete with creative audio, lighting and choreographed pyro – was narrated by Rama, the seventh avatar of the god Vishnu.

The story was directed by Walk the Plank’s Nick Clarke with words and scripting by Louise Wallwein, and tube’s Adam Taylor designing the sound.

Positioned on a small stage in Albert Square, the Mahishasura was in position as the crowds gathered for the early evening show. 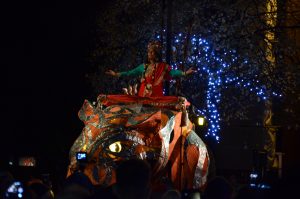 A 10ft high mechanical tiger puppet then dramatically entered the space, taking up its position, opposite Mahishasura with Goddess Durga on top of the tiger. A verbal and visual battle ensued – so the public occupying the space in between became fully immersed and enjoyed the energy, bouncing their attention between the two protagonists as the piece played out.

The sound system needed to be highly directional so the actors, exchanges and sound effects came from their respective stages / positions and the crowds could flip their heads as the tension built.

Two ground stacks of d&b V-Series PA speakers were positioned either side of the Buffalo stage on the Town Hall side, which also served as the main show PA for the crescendos and big moments.

Either side of the Tiger stage was a stack of d&b Y-Series speakers that ensured the Tiger’s microphone and sounds – like roaring – and other content could be amplified and heard.

The mics were Sennheiser 5212s fitted with DPA 4066 capsules, chosen for their good vocal characteristics.

A QLab system was utilised for all the playback audio, sound effects and music tracks plus the narration, running via Dante into a Yamaha QL5 console on which Adam Taylor mixed the show.